Panama is a small country, mostly know for it's Canal - indeed an engineering marvel, and a tribute to the persistence of US government in making it all happen.

Yet Panama City is home to one of the most beautiful monuments depicting human nude form at its finest. The monument, created by a  Spanish sculptor Victorio Macho,  is dedicated to Belisario Porras - a journalist, lawyer, politician and three time president of Panama after it gained independence from Columbia (with US help, of course). It is obvious that Porras deserves to be commemorated in a grandiose way by his compatriots. At first it was not clear,  why he is surrender by so many nude females ( and a couple of males) - from the top, bottom and the back -  but the end result is a hymn to the grace of human form. Later I was able to find out more about the sculptor and the meanings of the allegories of the monument. 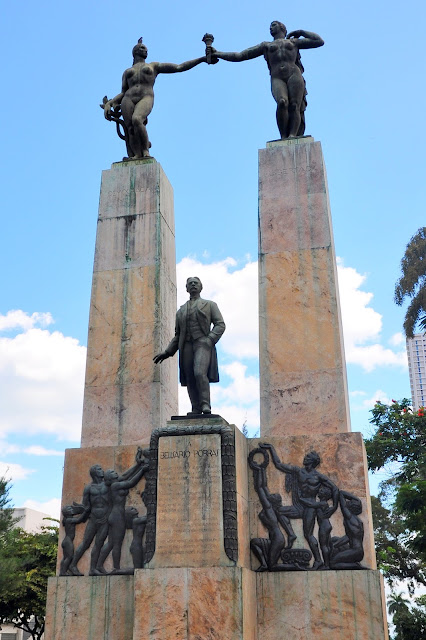 The monument is located in a dilapidated neighborhood, next to, strangely,  Spain's Embassy and the Governors office. I was not very comfortable with stepping out of the taxi to take the photos, and my wife was covering my back as some strange people started to approach us. But the results were worth the risks. 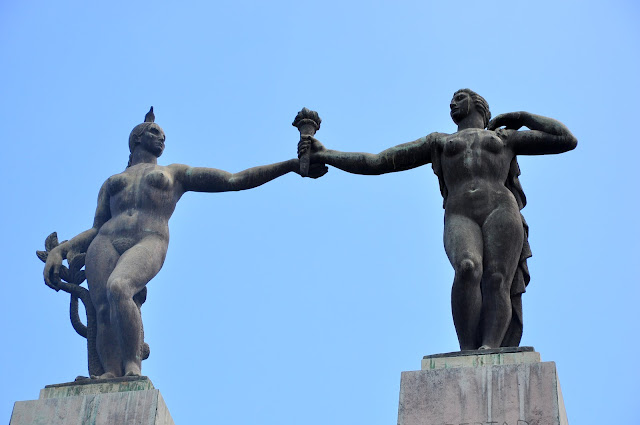 Liberty and Democracy are sharing the torch of freedom 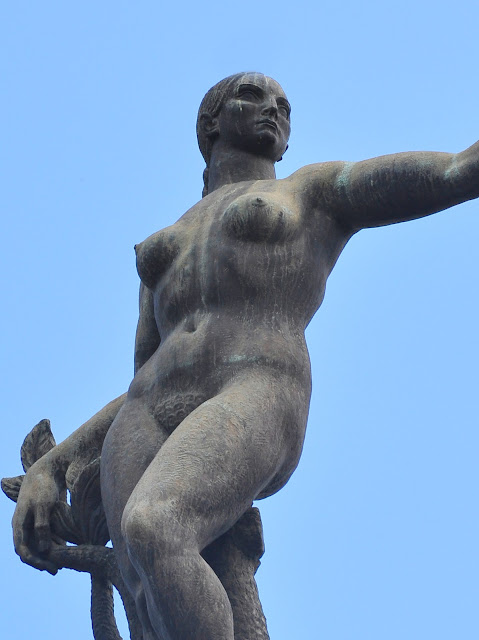 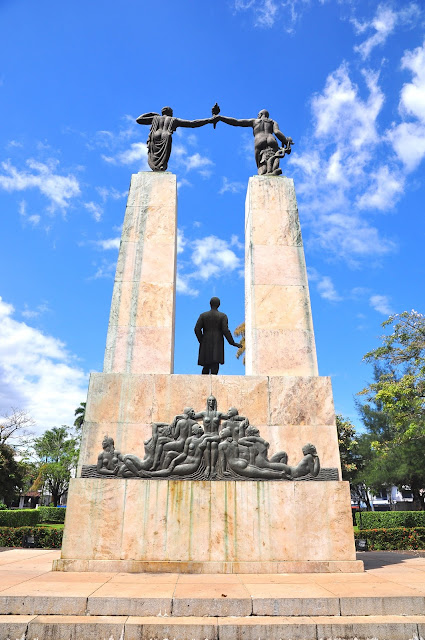 Nine nude beauties bathed in water represent nine Panama Provinces. We could have fifty of them at  Lincoln's Memorial in Washington DC ... 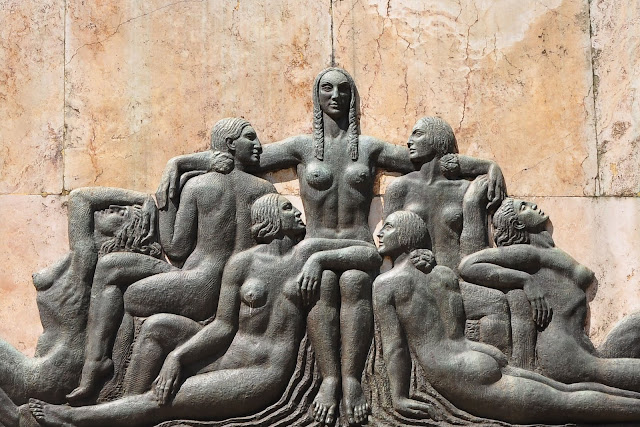 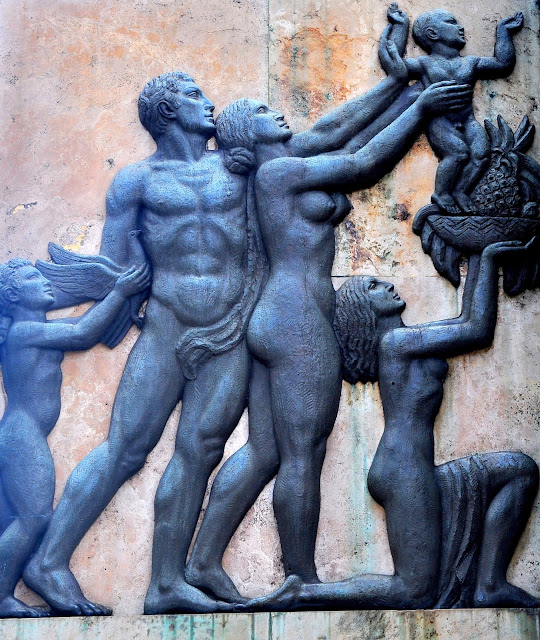 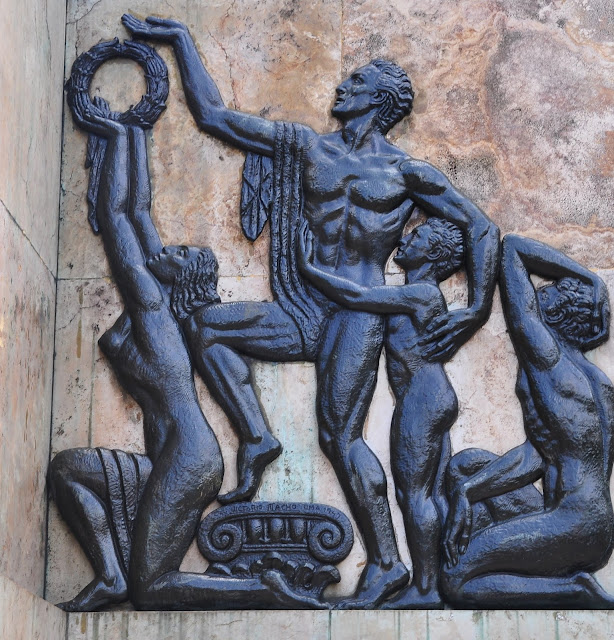 People offering Belisario Porras  fruit , birds and a Crown, celebration the triumph of freedom.
Following up on the author of the monument, Victorio Macho (1887-1966), I found that he was a distinguished Spanish sculptor, who went into exile during the Spanish Civil war, and at some point ended up in Latin America, thus making this monument happen. Most of his work is housed in Toledo, Spain, to which he has returned after his exile, in Casa Museo Victorio Macho. More about the monument, it's significance and allegories in this article
***
Several more photographs from Boca del Torres in Panama: 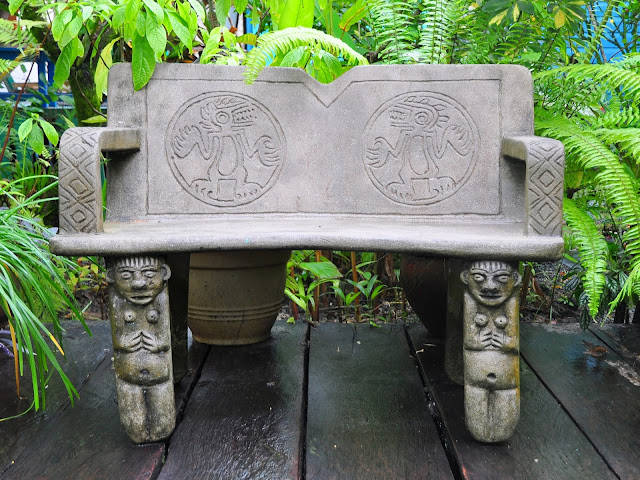 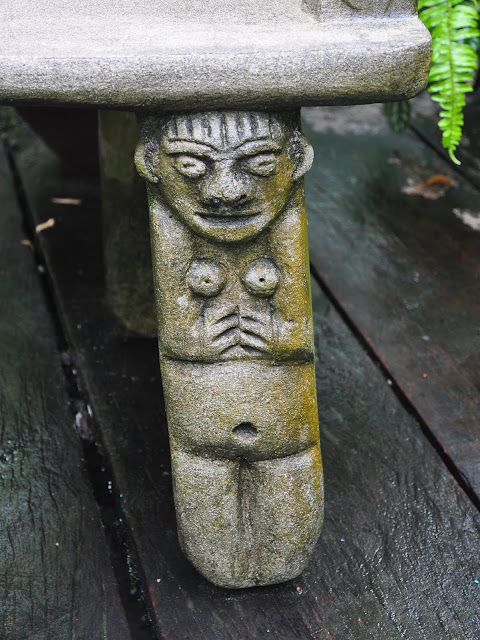 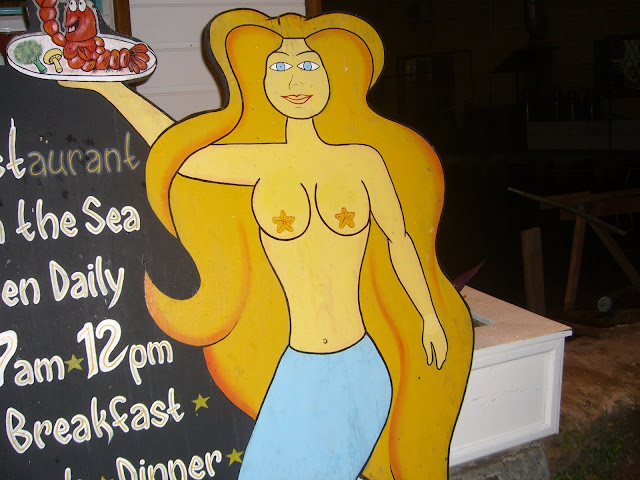 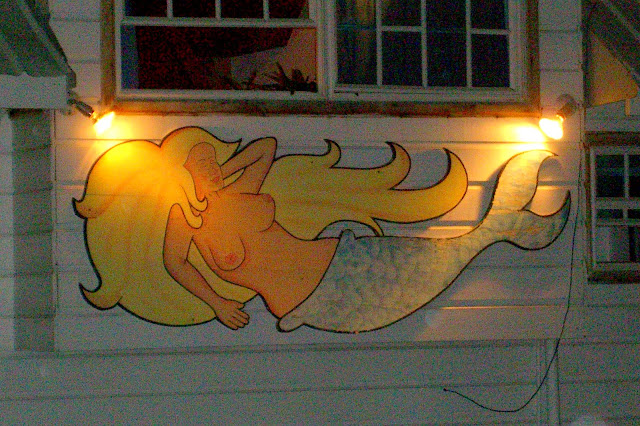 Restaurant signs
Click the photos for full screen
Posted by Art Gavin at 1:46 AM