Palo Alto is a little city 35 miles south of San Francisco  which can be considered the center of Internet, or pretty much close to it. It's full of old garages or just houses where the technological future has started  and new innovative companies  are springing up like mushrooms after a rainy day.

Yet, as far as public art is concerned, it's a conservative little city. One of the most scandalous events in it's local art history occurred when a statue was given to Palo Alto city from it's sister city of Linkoping, Sweeden as a gift. It was named "Foreign Friends" - a wooden statue depicting a couple sitting on a bench.  It appeared that some Palo Alto citizens did not like it, so it was defaced with graffiti, almost incinerated, and at some point decapitated   ( http://www.paloaltohistory.com/foreign-friends-statue.php )

Still it is possible to find interesting examples  public art in Palo Alto, even avant garde, in some unexpected places. 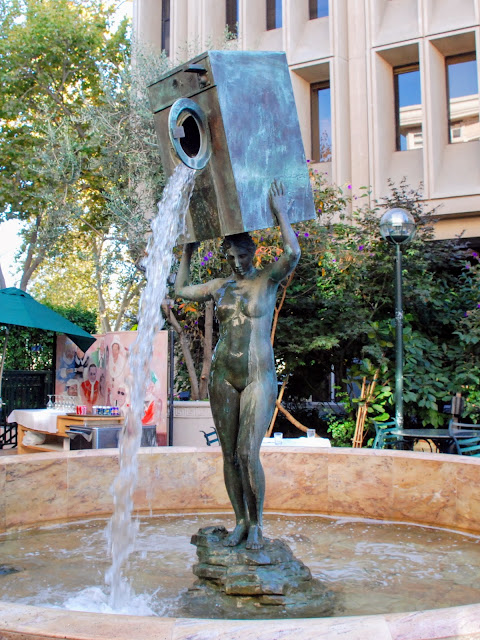 My favorite - a nude classic sculpture holding a laundromat washing machine. The bronze is located in Cafe Riace  and is the 1997 work of Brian Goggin, the author many offbeat setups around San Francisco Bay Area.

This sculpture just recently ( in 2017) got some competition in the business of pouring water - in a nondescript place on Park Avenue, adorning a new department building. The full forms do not seem proportionate, but one has to appreciated the (unknown) sculptors concept and the effort of whoever was responsible for installing this piece of art. 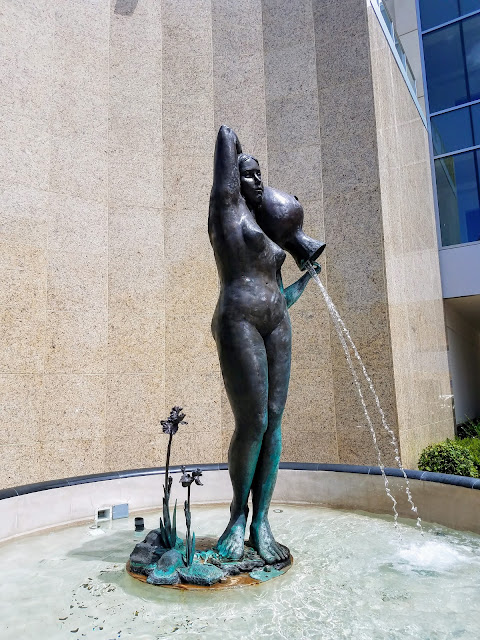 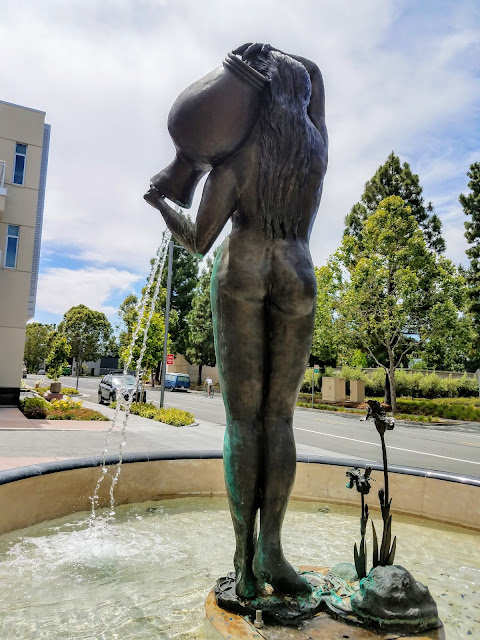 A  300 Homer Avenue house was built in 1932 to house a new Palo Alto Medical clinic. Pretty much hidden from public eyes are medicine themed frescoes by a Russian born muralist Victor Arnautoff, who worked with Diego Rivera and whose murals can be seen at Coit Tower in San Francisco. 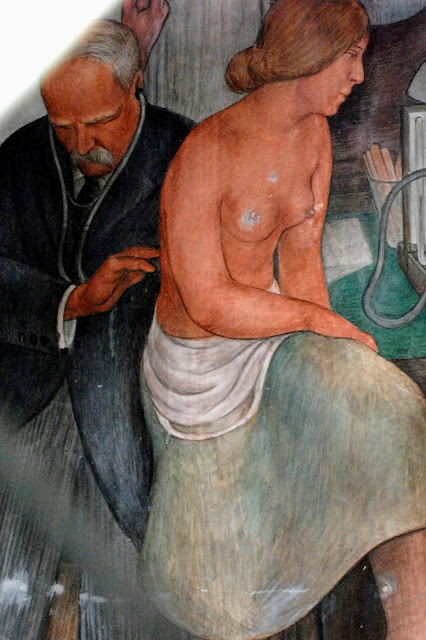 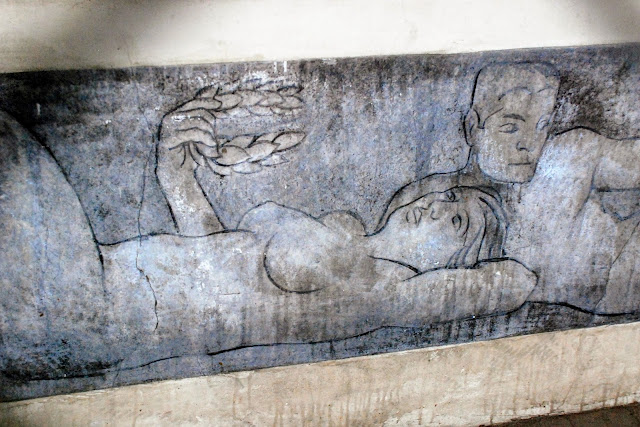 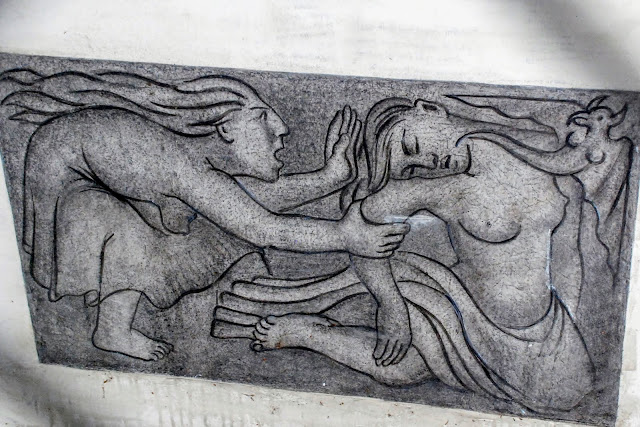 I took the first photo of a relief of a women on a horse, probably an Amazon, when a new Mediterranean restaurant Gyros - Gyros was first opened at the corner of University and Cowper. 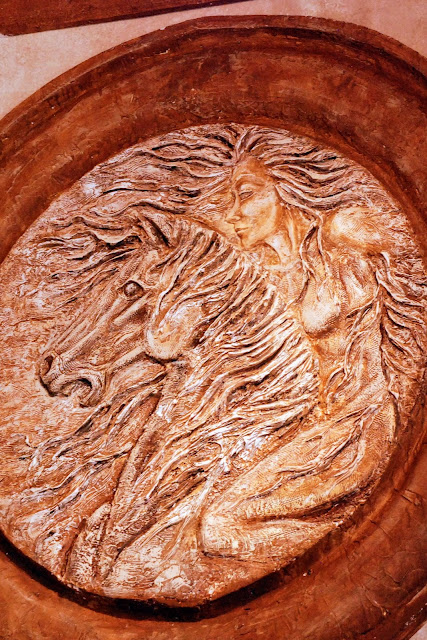 Some time later i came to this place, and felt there is something different about the women on the relief... 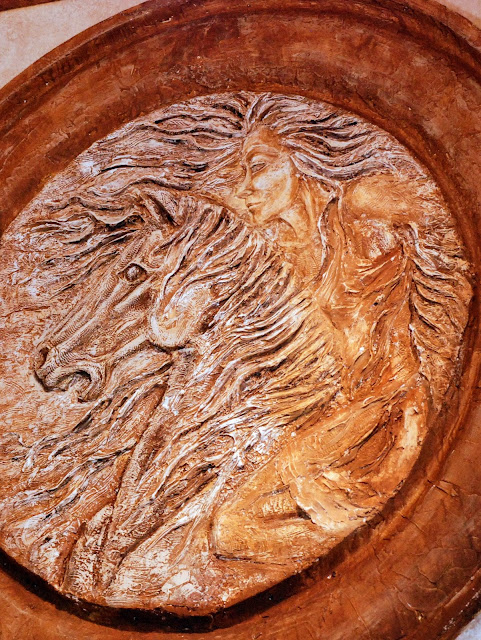 I asked the manager - what happen to this relief, why is the women all of a sudden dressed up like she is about to ride the horse to a party. The manager explained that the owner once came, looked carefully at the walls, said - it's not modest, and asked the sculptor to dress the Amazon woman up.

Two small towers with arches are installed on the border of Palo Alto and Stanford. Many times I passed by them, not paying attention to their details. Once, after all, he stopped, and discovered two remarkable sculptures, depicting, apparently, the priestesses of science. Excellent motivation for Stanford students. 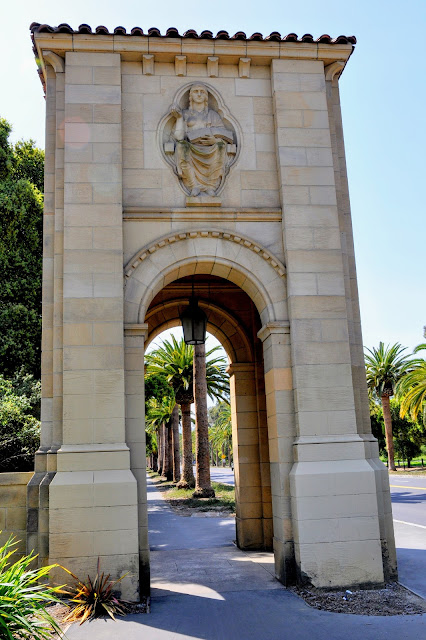 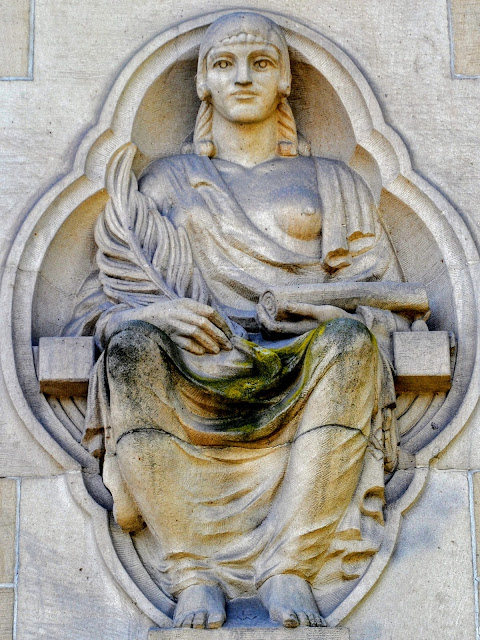 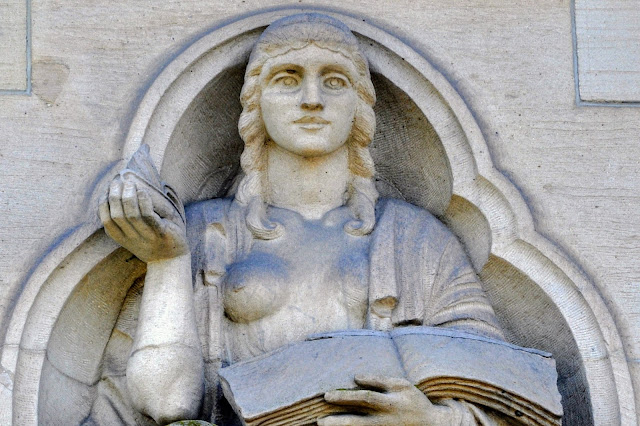 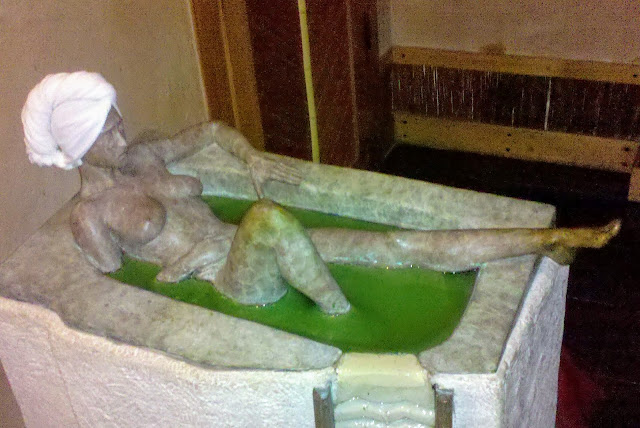 A lady in a  bathtub - not  а real one - decorates the foyer of the spa from Palo Alto. 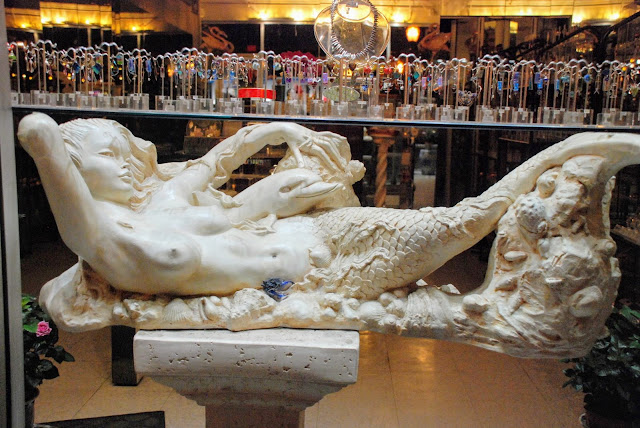 A coffee table in a window of a shop. Unfortunately it's not there any more. 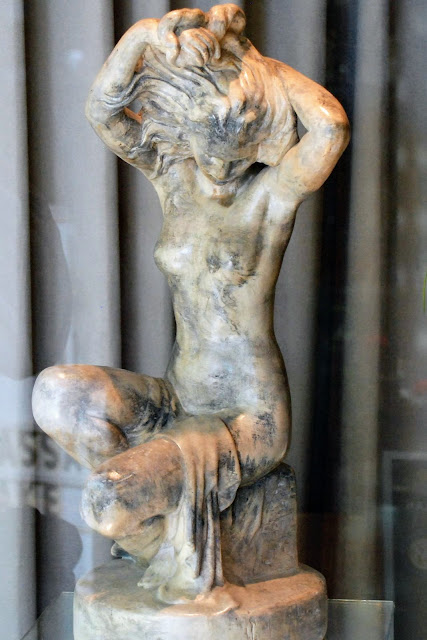 In a window in University 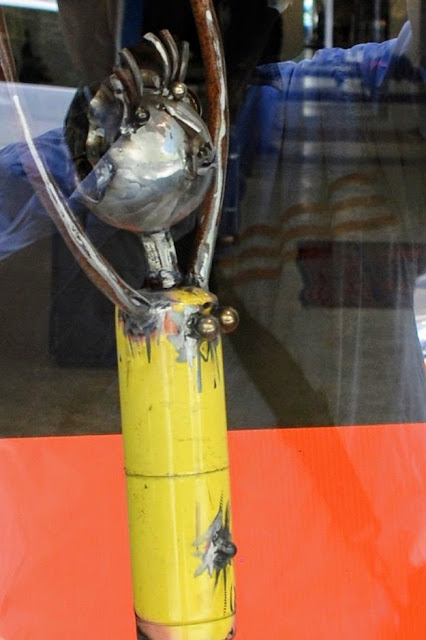 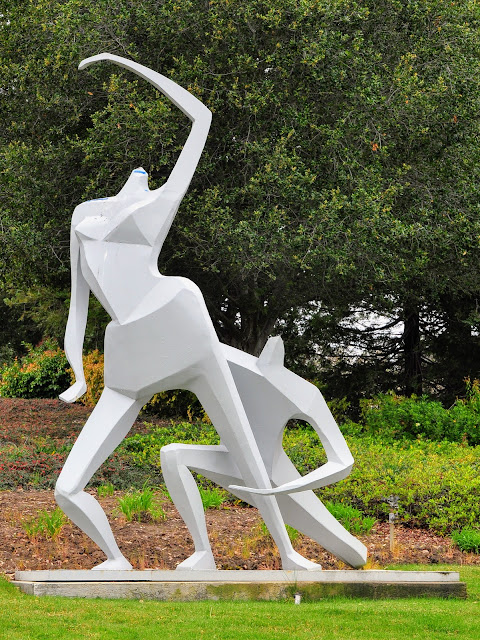 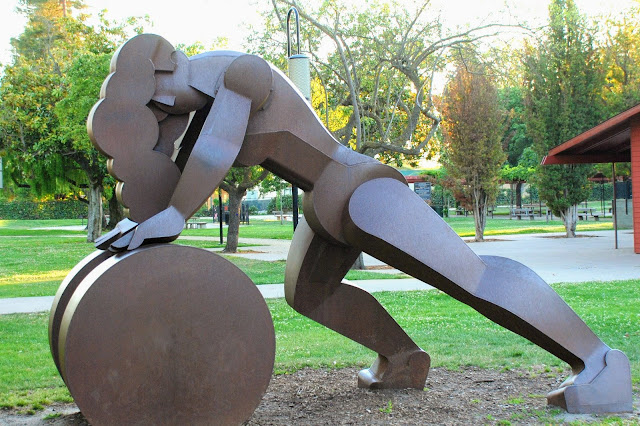