I've tried to reflect the beauty of Rockefeller Center and the surrounding artwork in New York, Rockefeller Plaza and around. This entry presents nude sculptures which I've came across visiting different parts of Manhattan. Although the theme of this blog is Human Body in Public Art, I sometimes cannot resist taking a photo in a museum or exhibition - if I see something original or beautiful. That's why I've included some sculptures from Museum of Modern Art and Metropolitan in this post. I also consider sculptures taken in galleries as public if they can be seen from outside. Or, sometimes, inside, but trying not to... 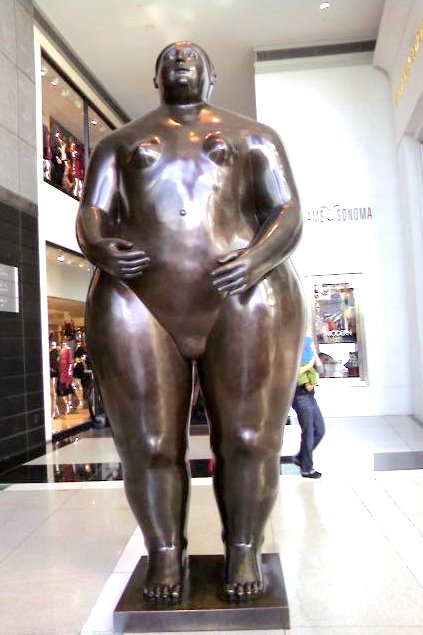 Time Warner Center. Eve by Fernando Botero. This was taken by an old pre-smart phone, as the battery of my camera died all of a sudden. There is  Adam nearby, with a shiny little penis - the result of  visitors affection. 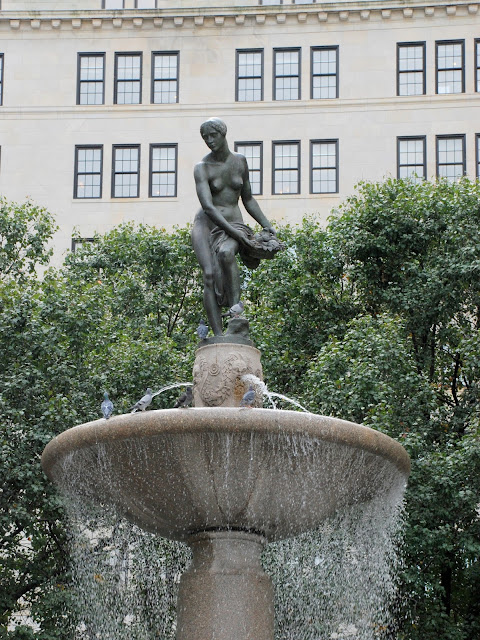 Abundance, by Karl Bitter, featuring the Roman goddess Pomona (1915). The model, Audrey Munson, was a model for multiple statues in New York city. The first actress who appeared fully nude in a movie as a sculptor's model, she died at an age of 104 after spending her last 65 years in a psychiatric facility. More about Audrey Munson in Woman in Stone 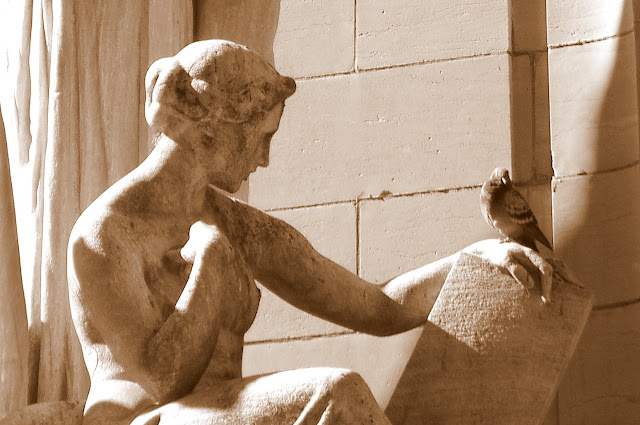 An intimate scene behind the Maine Monument at the Columbus Circle. 1913, probably by Attillo Piccirilli. The monument is dedicated to 266 seamen who perished in the battleship Maine in 1898 in harbor of Havana, Cuba.. 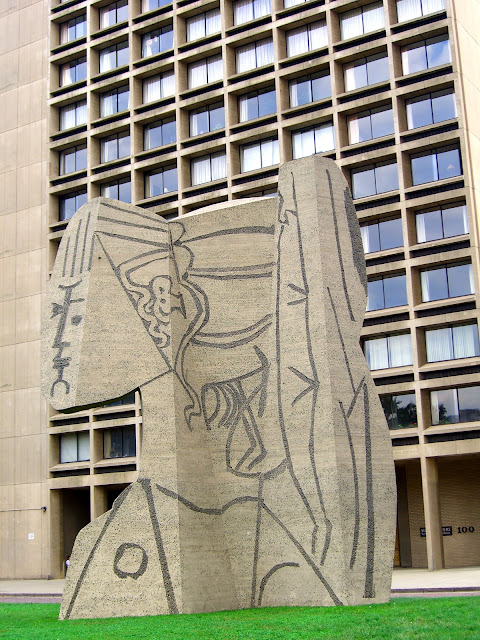 Bust of Sylvette, by Pablo Picasso - gift to New York University. It took me some time to figure this one out, but there is indeed a nude body hidden in the plain sight. Picasso... 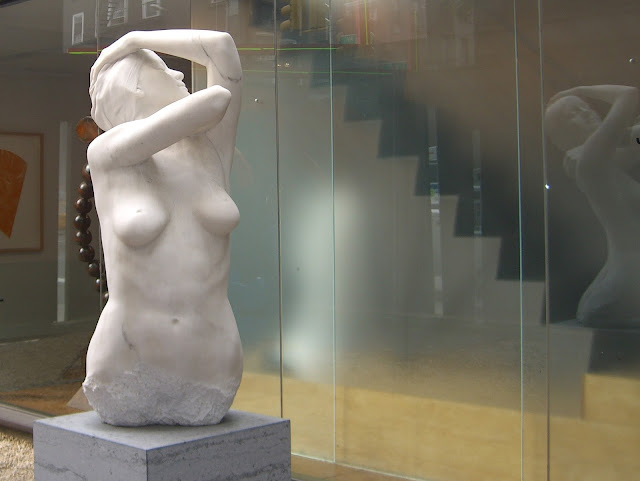 Outside a small gallery in Chelsea 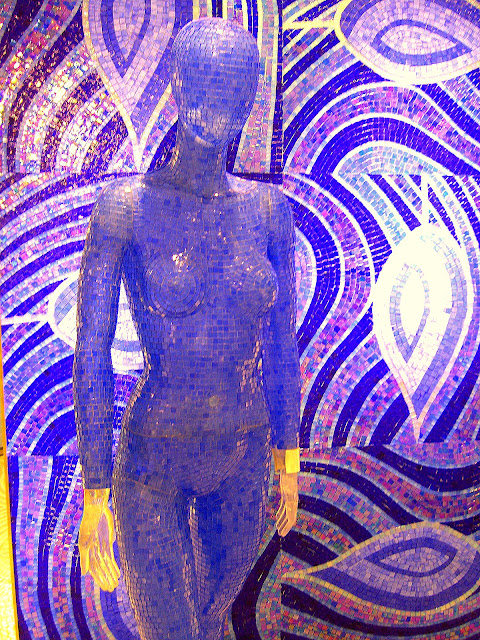 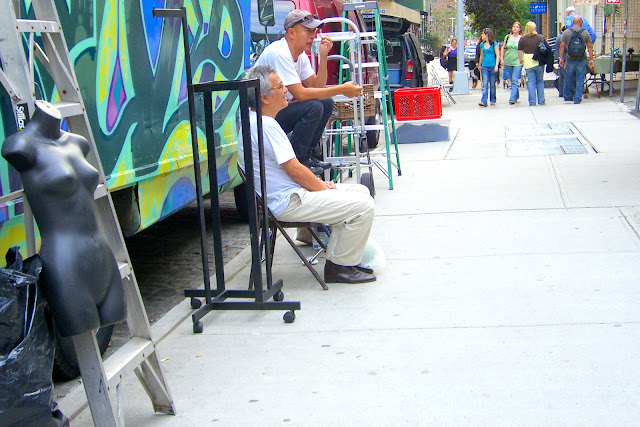 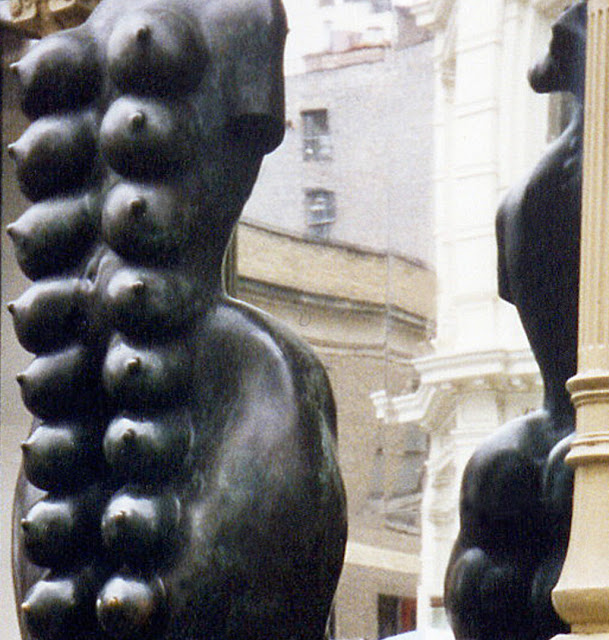 This photo of Mihail Shemyakin's Cybele, goddess of fertility and abundance, was taken in the pre-digital era. It stands on Prince Street, has eight pairs of breasts and four buttocks. Fertility it is... 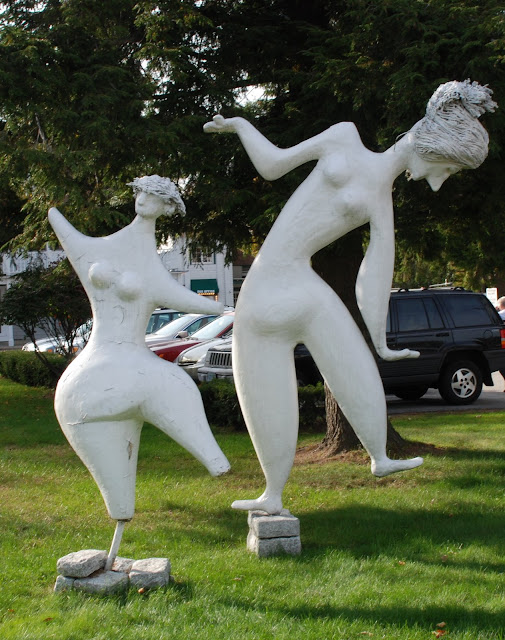 The following sculptures are not exactly public, as they are located in Museum of Modern Art or Metropolitan museum, but their beauty and importance warant them a place of honor in this blog - as reference points and works of prominent sculptors. 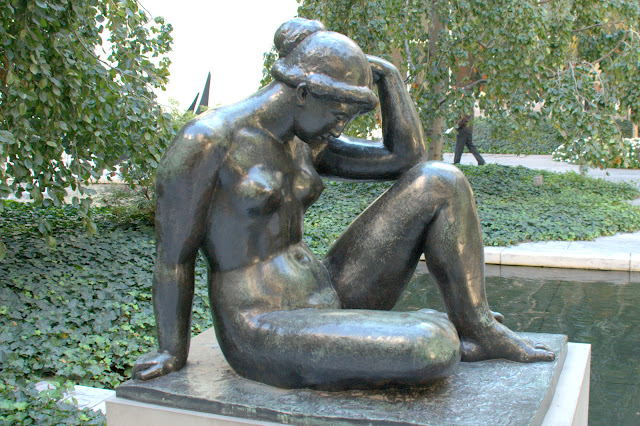 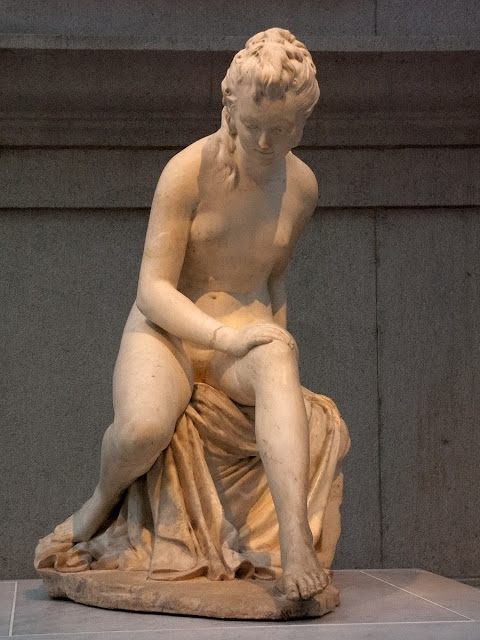 Bather, Jean-Antoine Hudon, 1792. The figure belonged to a fountain made for Lois-Philippe d'Orlean. Metropolitan Museum. 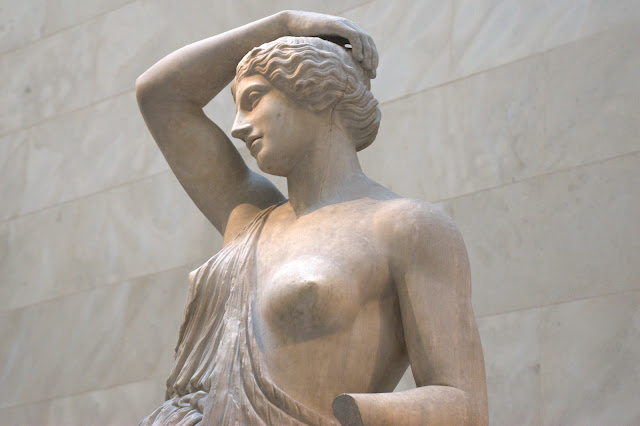 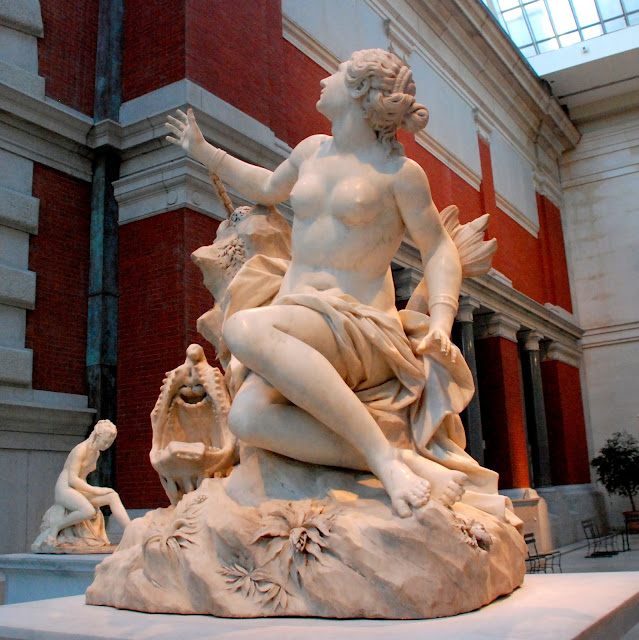 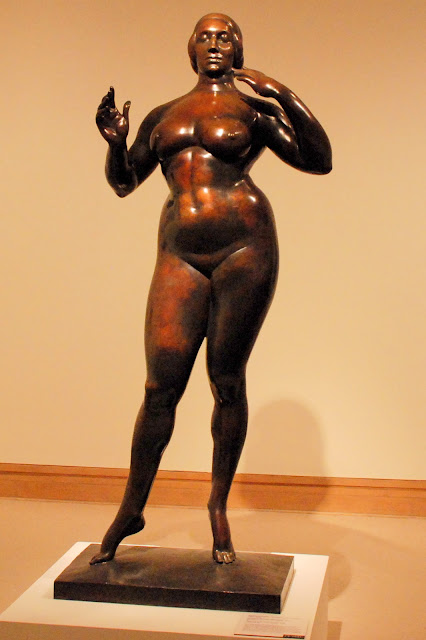 Standing Woman(Elevation). Gaston Lachaise, 1927. From the description in Metropolitan Museum: "Lachaise found his lifelong muse in the ample figure of Isabel Dutaud Nagie, whom he met in 1903 and later married...an archetypal image of ideal beauty"