New York, Rockefeller Plaza and around

Rockefeller plaza is a major New York attractions and home to various architectural marvels. What is often overlooked is an array of splendid sculptures and reliefs surrounding the plaza and the Rockefeller center. In terms of my PeTit Project, New York provided me with a large number of beautiful nudes - from  large imposing statues to small reliefs on  office building door. See it for yourself. 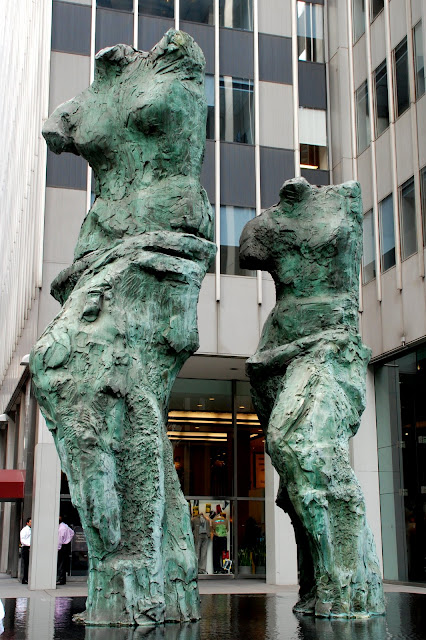 Venus De Milo, by Jim Dine, 6th Avenue at west 53rd Street. The ancient original is on display  in Louvre, I believe 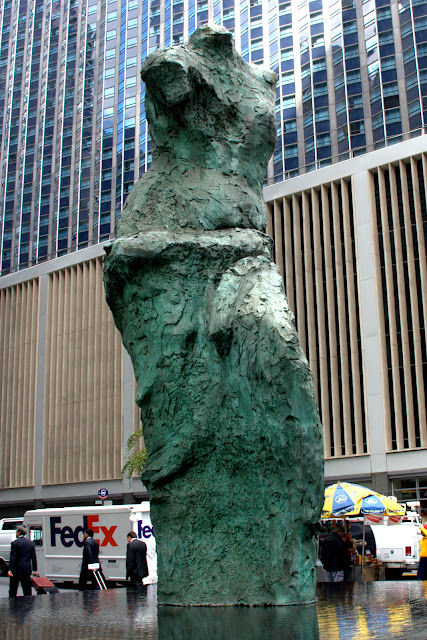 Actually there are three Venuses on the same corner, emerging from a water pool 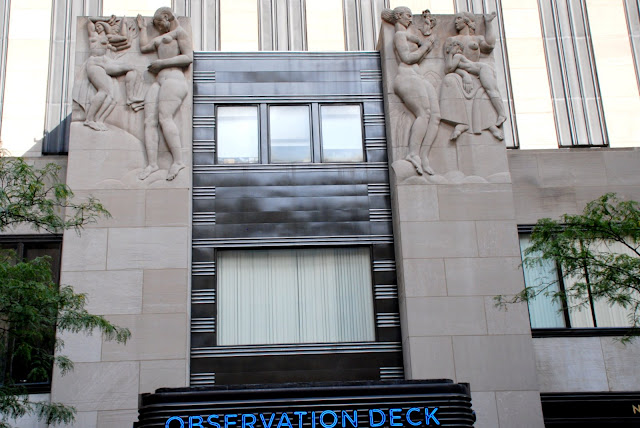 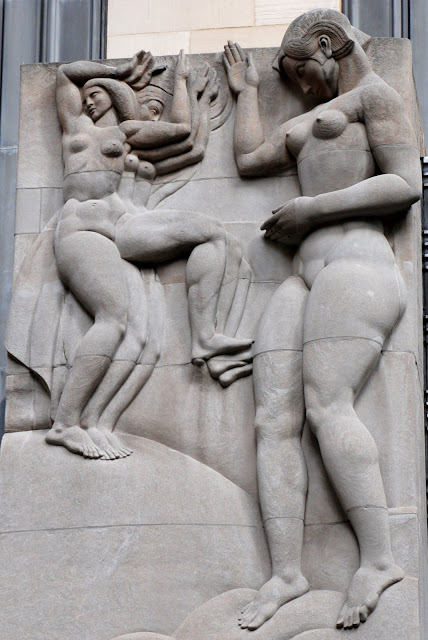 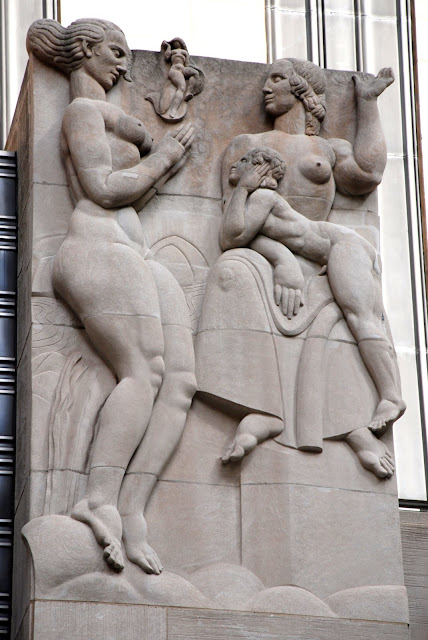 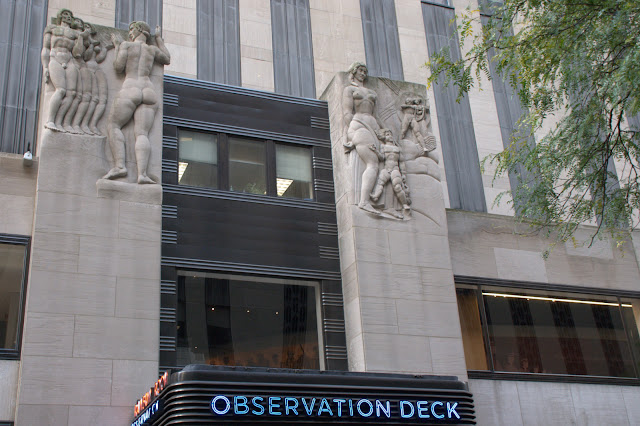 Another entrance with more reliefs 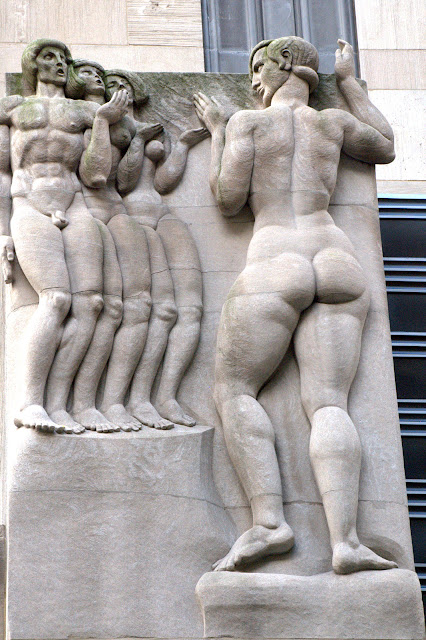 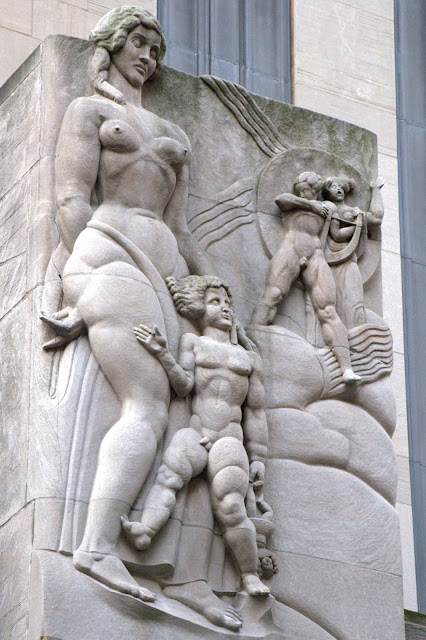 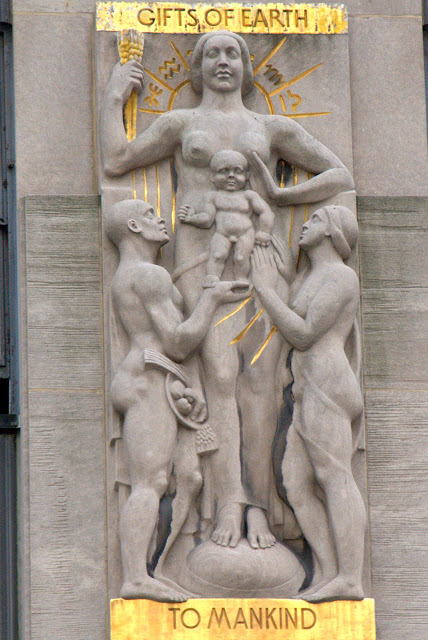 Gift of Earth to Mankind 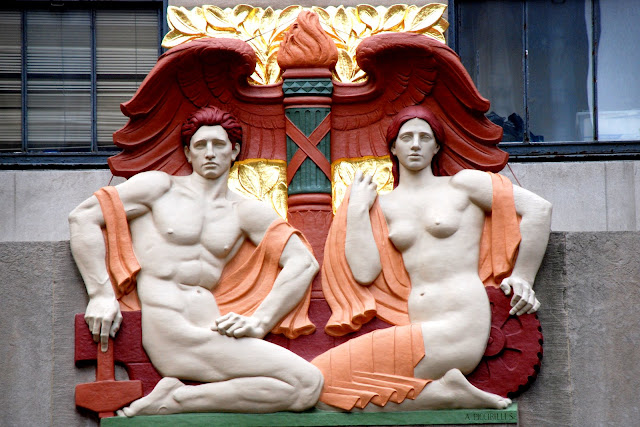 Commerce and Industry by Attilio Piccirilli above the doorway of the  International building at 636 Fifth Avenue. Was installed in May 1936. The guy is Commerce (for some reason holding on to a sledgehammer), and the girl represents Industry 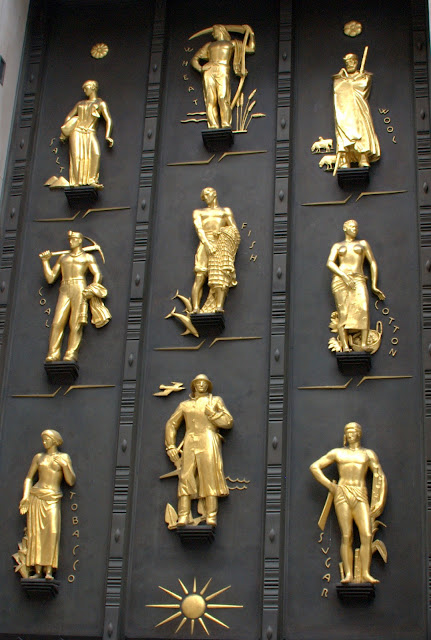 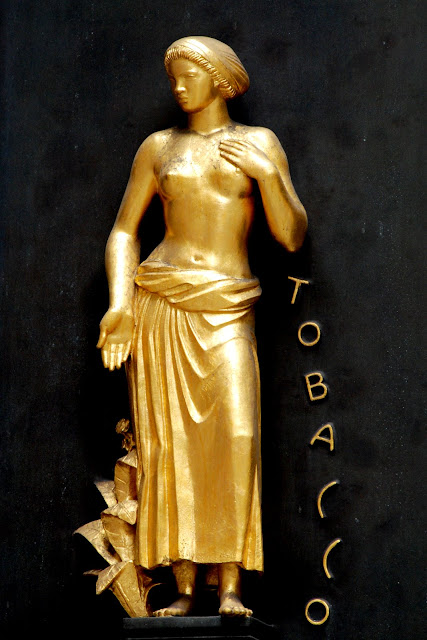 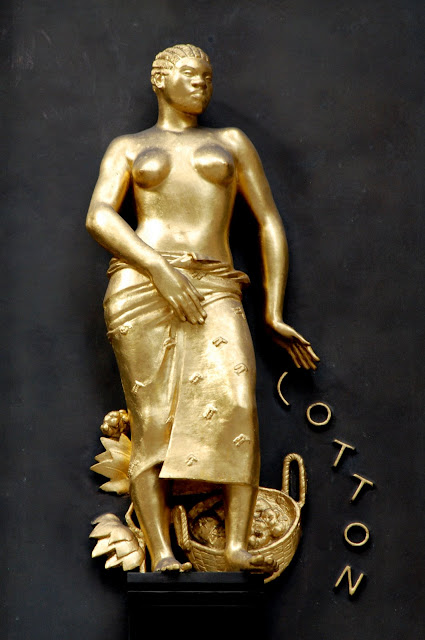 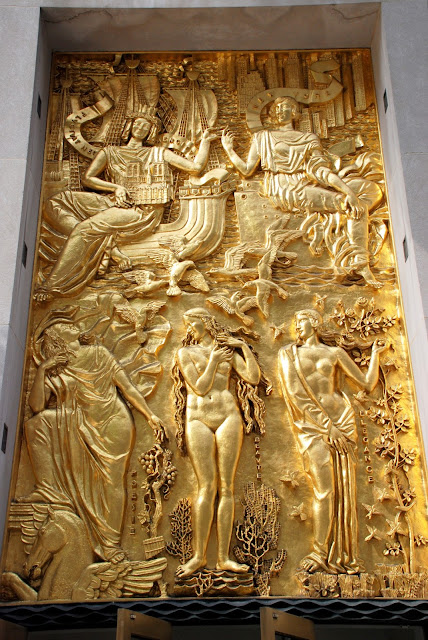 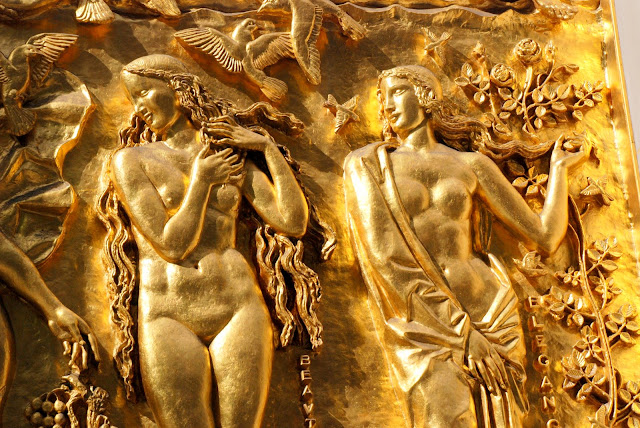 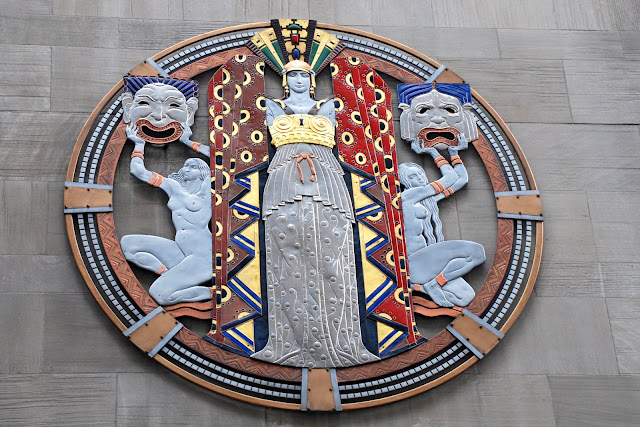 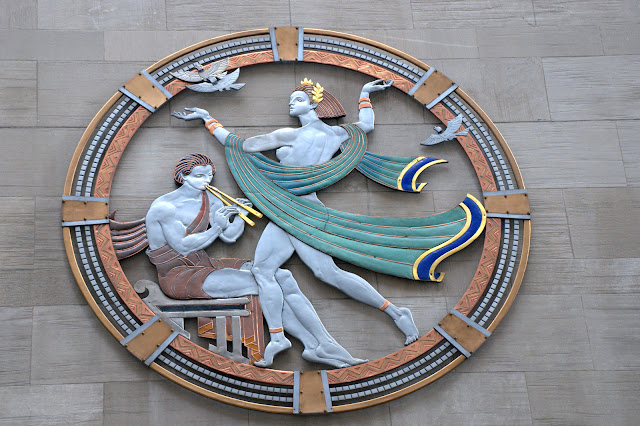 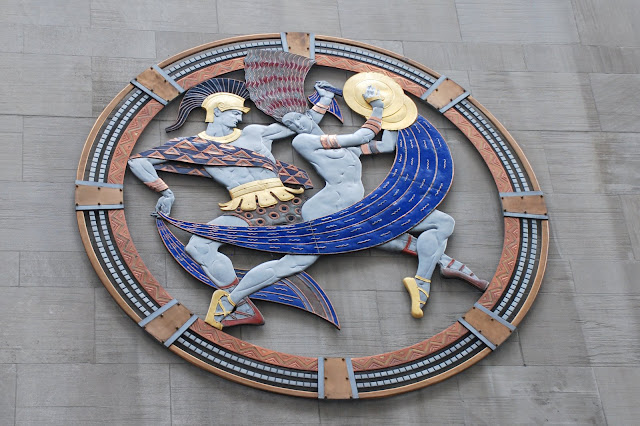 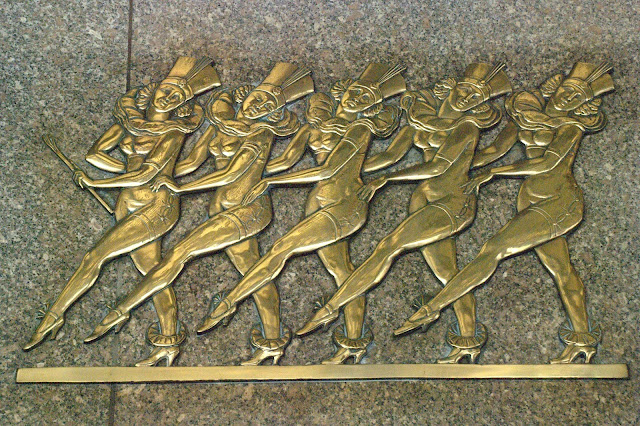 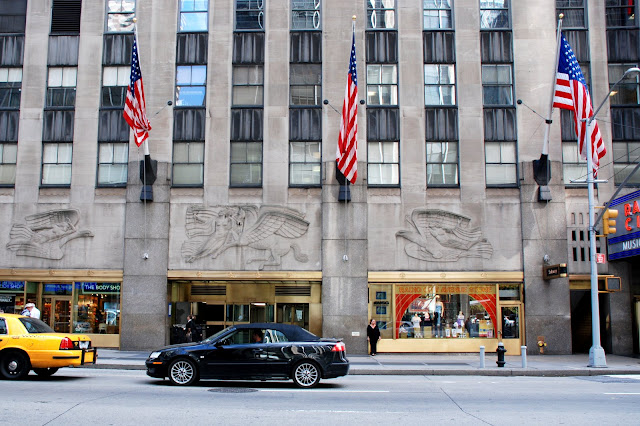 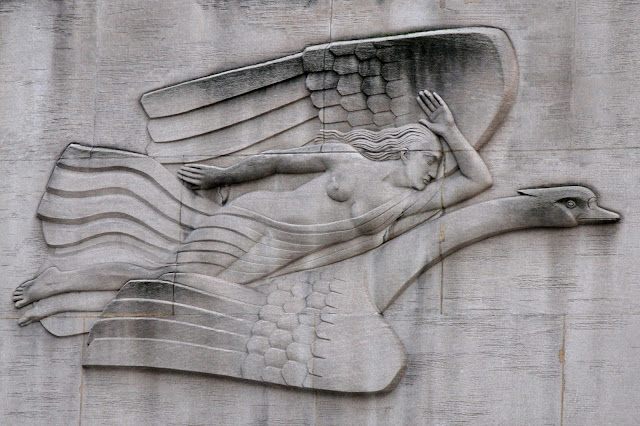 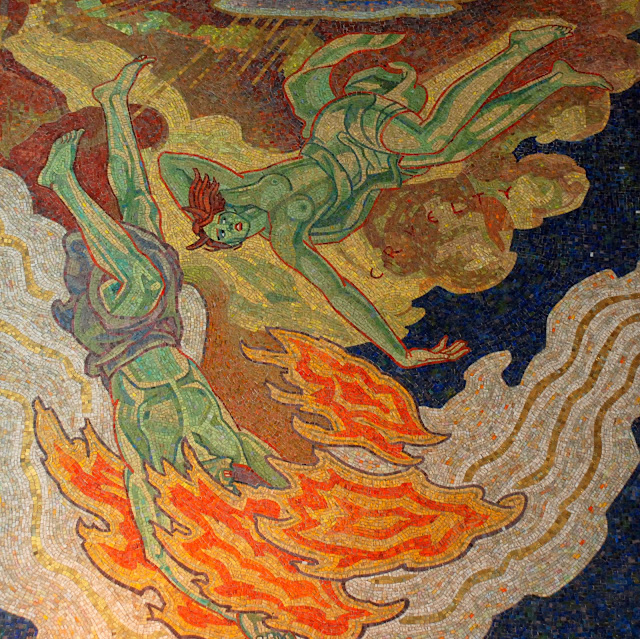 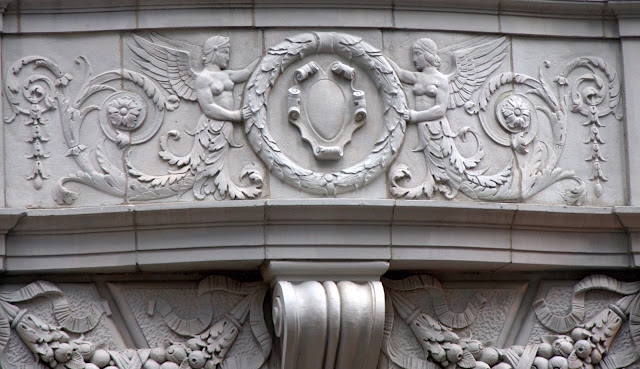 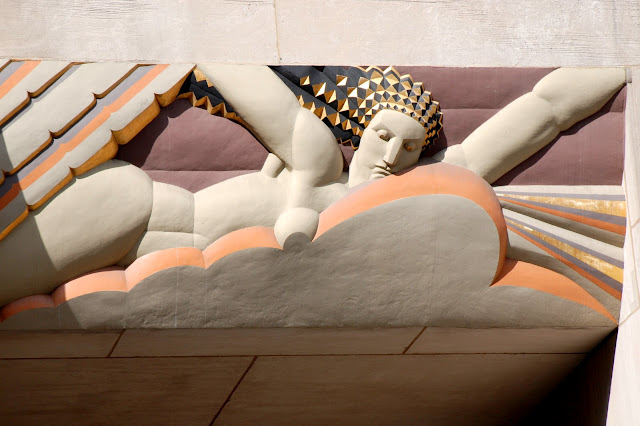 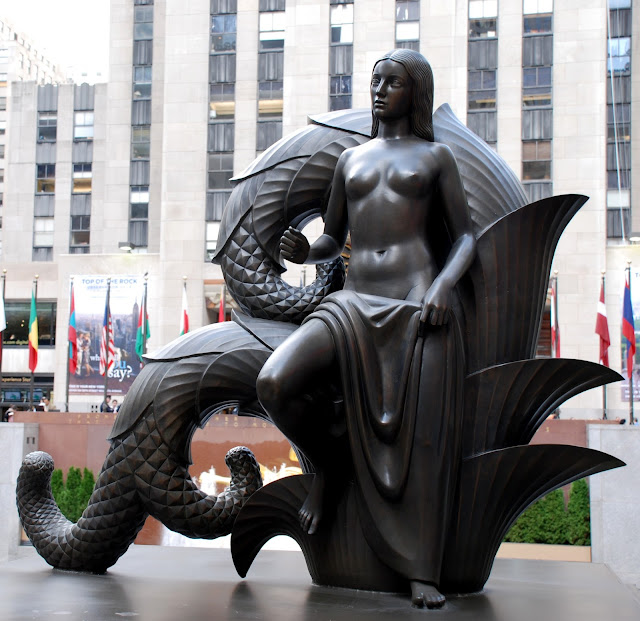 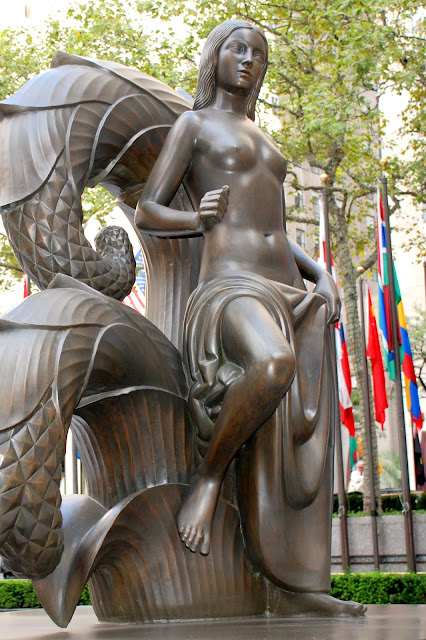 ***
Three beauties swimming with fishes. Not even dolphins... 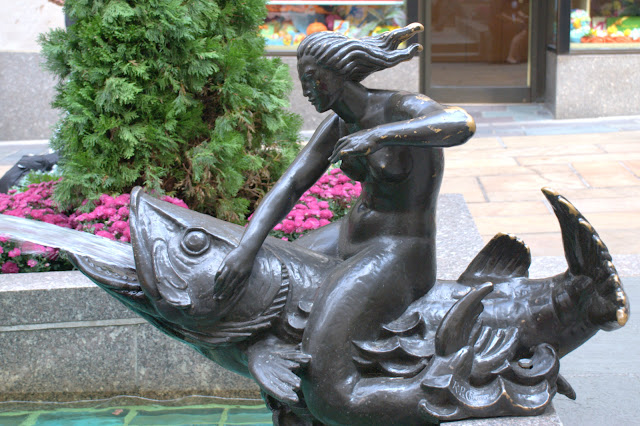 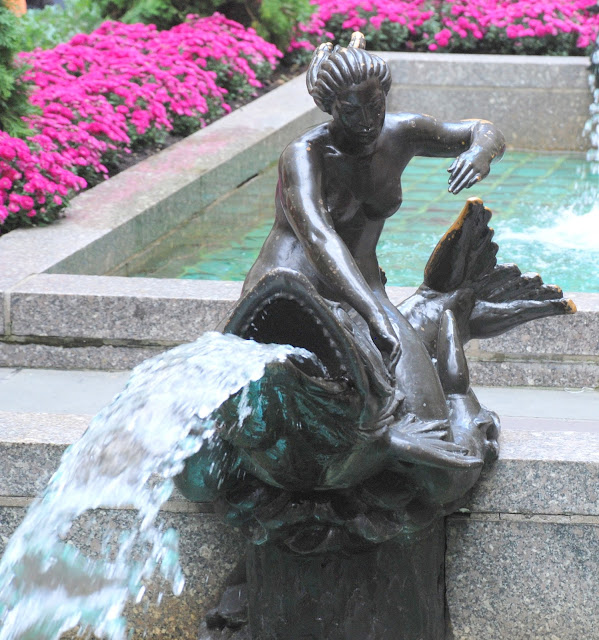 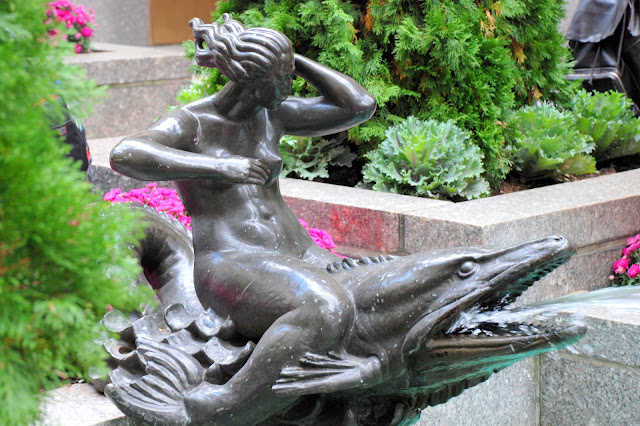 <Click photos to enlarge>
Posted by Art Gavin at 12:44 AM