Baseball is far from being my favorite game. I went to a ballpark once (not by my choice), and never caught up with the rules. Yet, there is a place in San Francisco - right across the AT&T   Ballpark on Kings Street, where it's much easier to appreciate the game, at least for me.

A nondescript condominium building on the corner of the 3d Street is home to one of the most intriguing  sculpture reliefs in the city. It's beautiful, ugly, scary, funny, disgusting, whimsical, hyper-realistic,  and inappropriately located in the right place. It's an expression of love - love of baseball. What's most amazing - - it is created by a Russian artist Alexi Kazantsev, who came to United States in 1993, and grew up, I believe, watching soccer and hockey. The sculptures were attached to the 170 Off Third building in 2007 among other pieces of public art, and caused quite a stir due to the lack of permits. 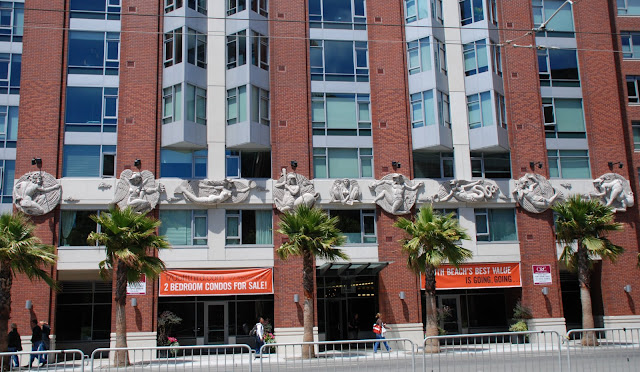 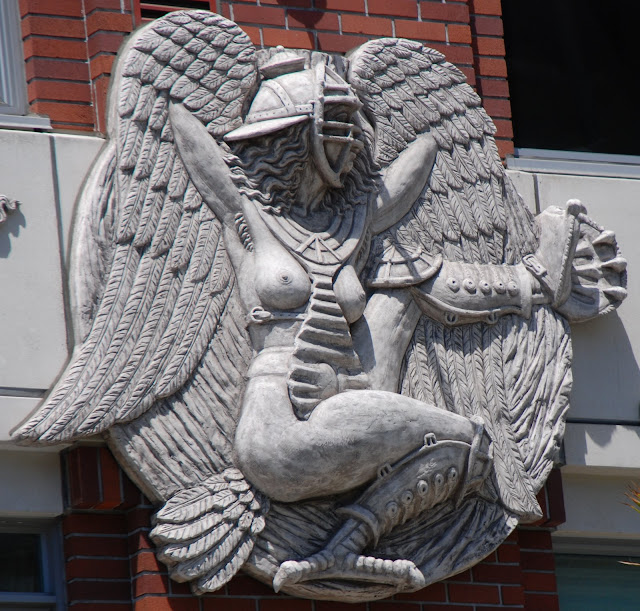 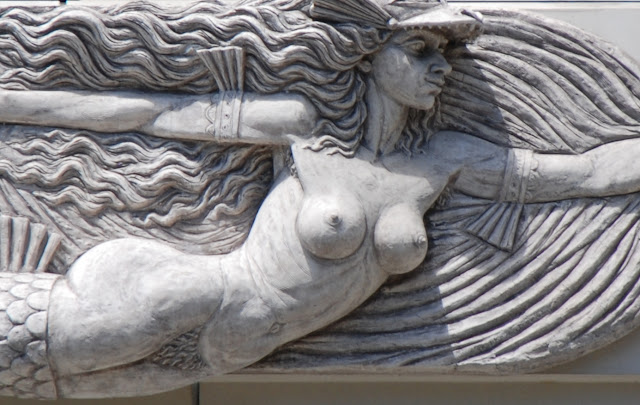 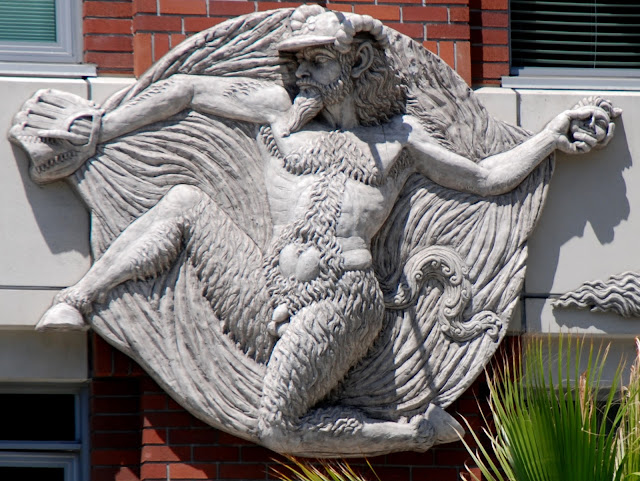 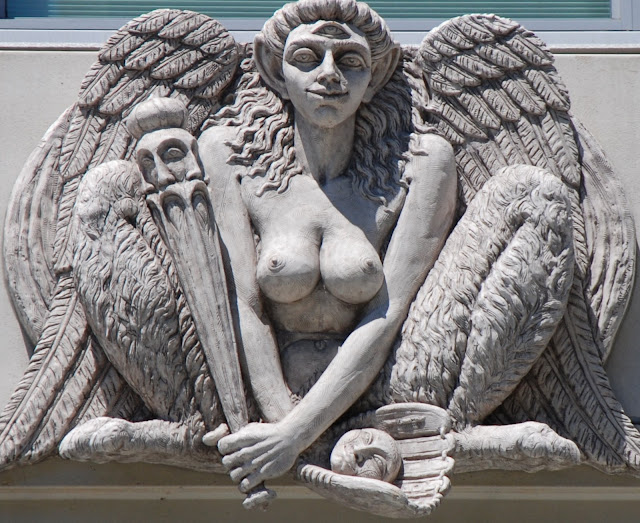 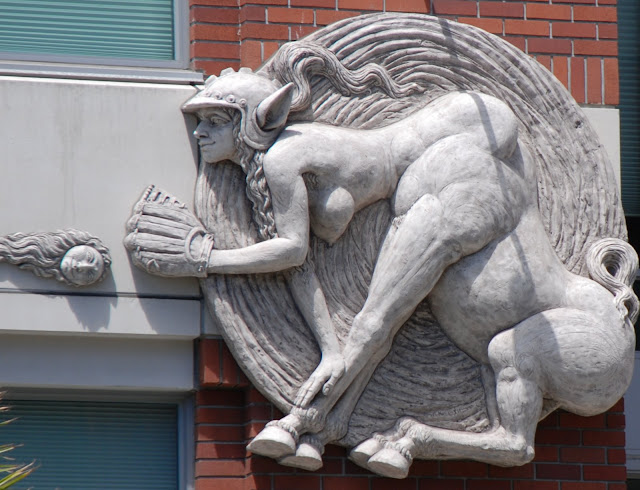