Berlin was the first city where I've consciously started to look at the the surrounding for the subjects of my new-found hobby. All of a sudden  the guided tours around Berlin became much more interesting, I was looking around, scanning the rooftops, training my lens on "suspicious" busts.

It is obvious that 19th century Germans were not very shy about human body. They can not be accused in sexism either,  as both female and male forms are extensively represented across the city. 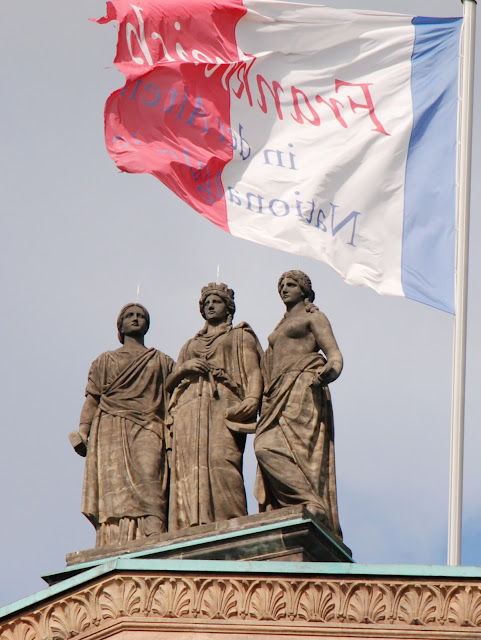 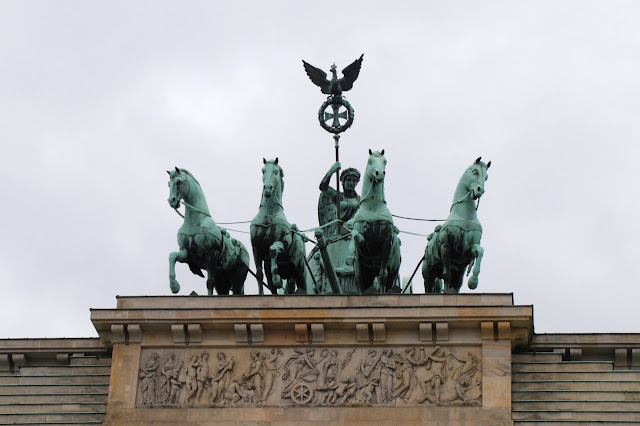 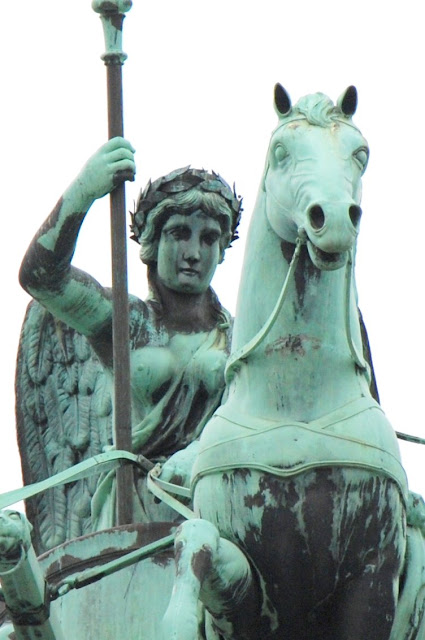 You better do not mess with this lady 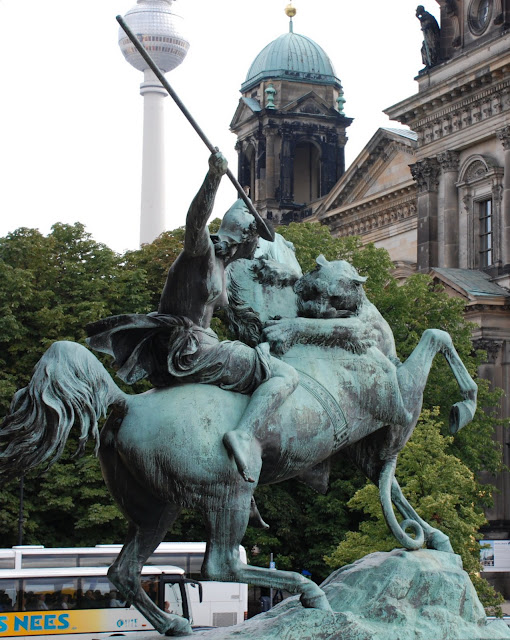 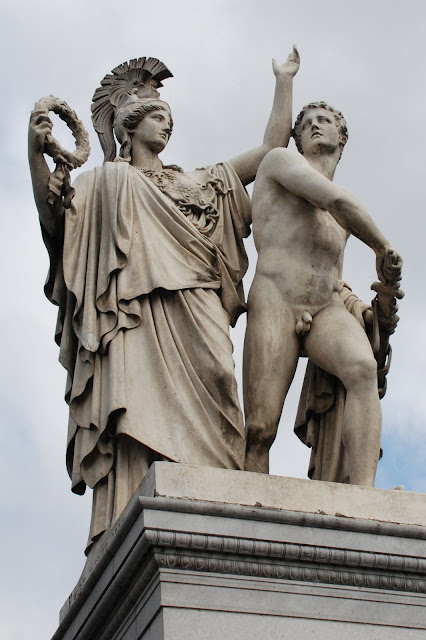 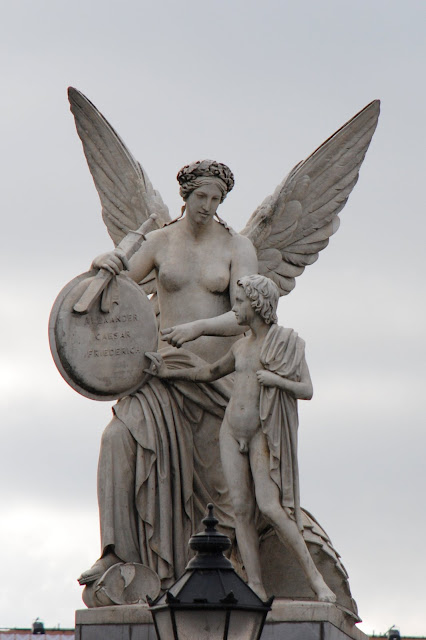 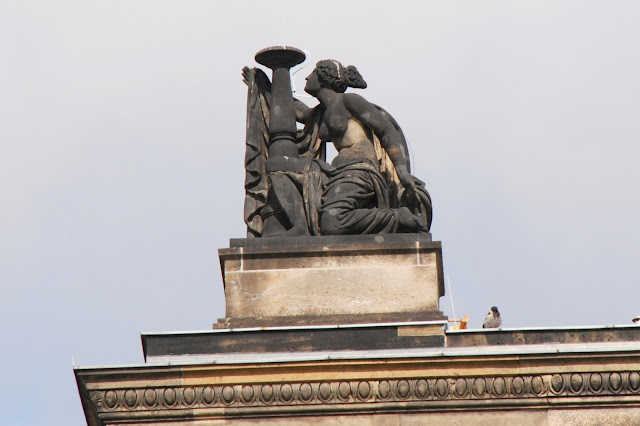 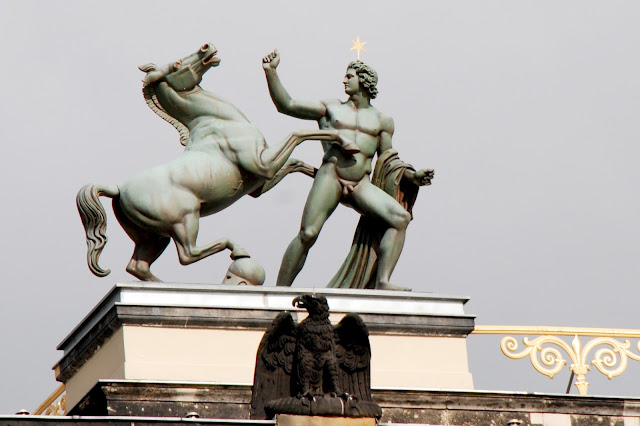 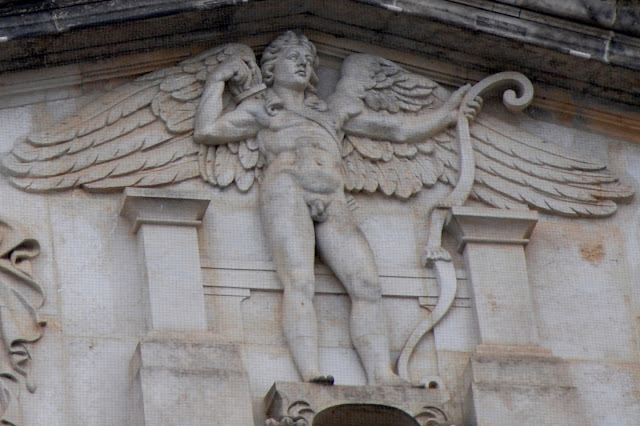 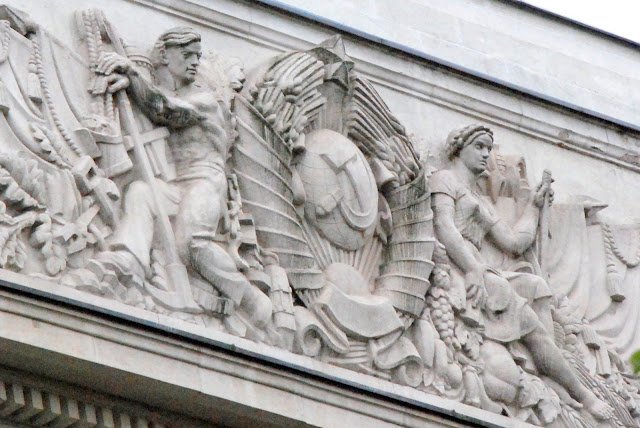 Russian Embassy. This Russian lady is dressed up, but still impressive. 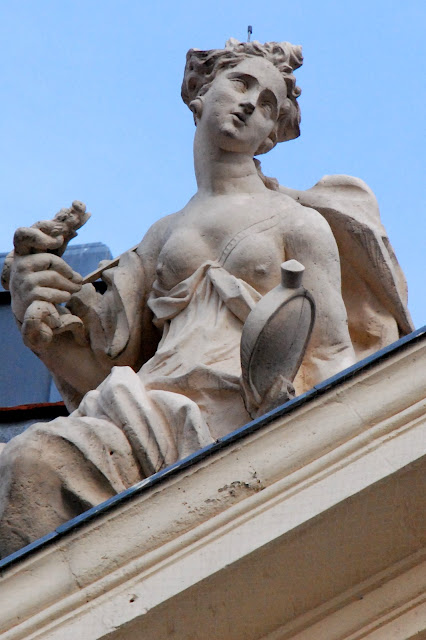 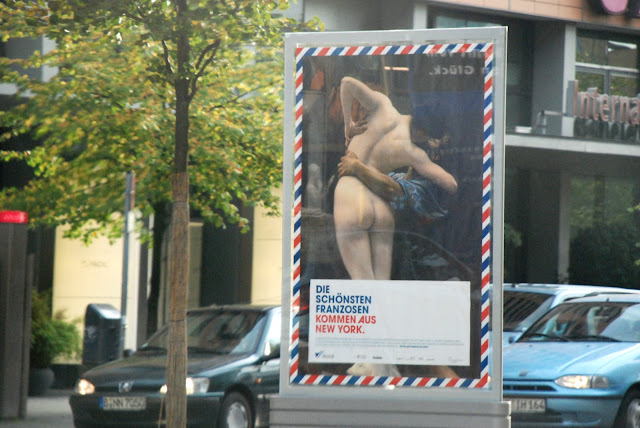 The poster says - "The most beautiful Frenchmen (women) are coming from New York". Probably a visiting exhibition. 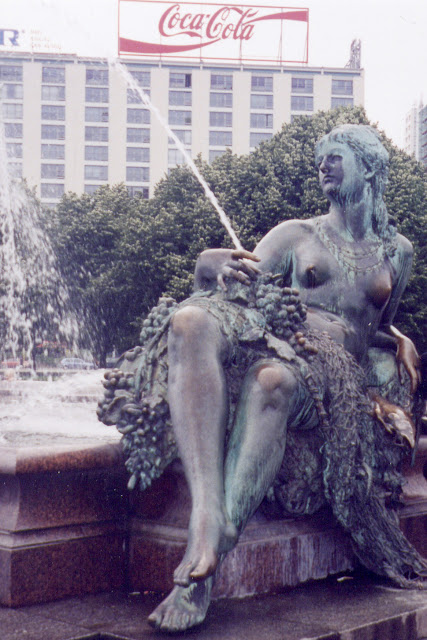 This photo was actually taken in 1999 in the pre-digital era in  what still felt like East Berlin at that time. But with Coca Cola - a sign of a bright future.

Email ThisBlogThis!Share to TwitterShare to FacebookShare to Pinterest
Labels: Berlin